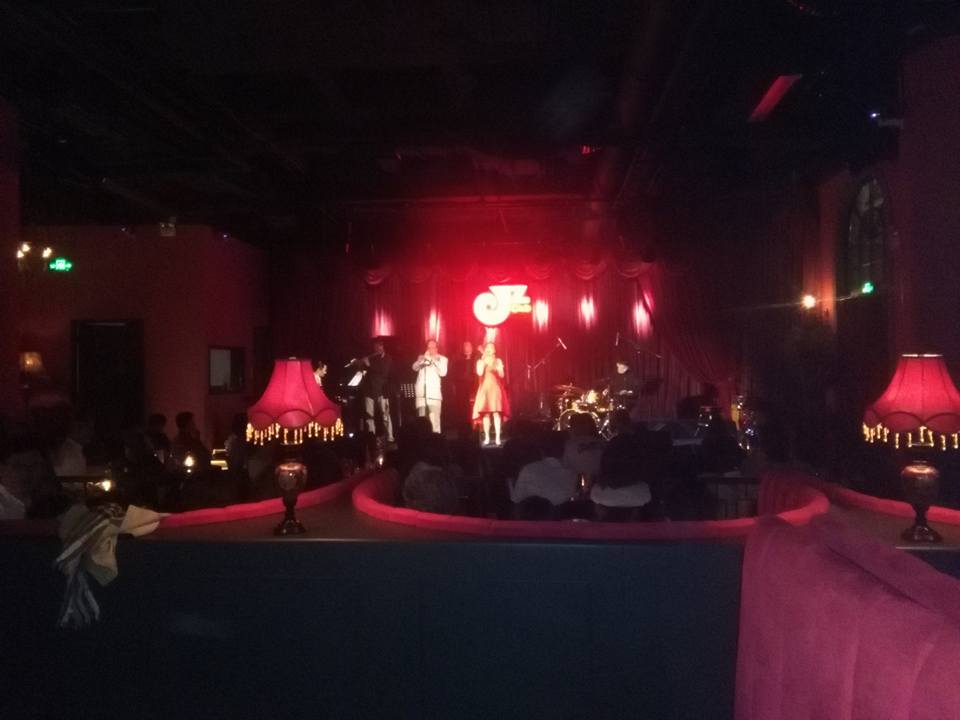 At the time, I lived almost in the center of the largest city on Earth, on a French Concession from where there were only a couple of uderground stations to the famous Pudong district. So let's back a couple of hours. That morning started with 'shake'. I shook my phone and if it had leaves they would fall off. My WeChat has been empty for a couple of days. Apart from some likes and presentations, I didn't see anything new. WeChat is a cool social network and when I was lonely I tried to shake my phone and then people appeared nearby who were also shaking, becouse they were looking for adventures too. Mika greeted me. The morning coffee cheered me up and I chatted with a new acquaintance. The map showed that she was 300 yards away and I offered to meet.  An hour later I was sitting at McDonald's and was very happy when she came.  Mika was a short, thin girl in her 30s with a short boyish haircut. She sat down shyly and we began dating.

Not so long ago I was in Shanghai and from my night life I hardly saw anything except night walks around the Shanghai Tower. After making a few such curls, constantly looking uphill, I forgot the road and 'where you came from and who you are'. Tonight I decided to discover the night jazz of Shanghai - the cradle of all Asian jazz. From the underground station, the locator led me over a mile under a fence draped with billboards. There was no more car traffic, and I heard the evergreen trees above me rustling their autumn song. "Oh Shanghai, I love you," I thought, and was happy in my heart to meet the miracle. I love jazz and I don't agree with the saying that jazz is music for musicians. This is music for aspiring and soul-hungry people, this is music for seekers of interesting things, interesting people and interesting places. I shaked all of the above and ended up at the JZ Club. I went down to the shopping area which was in the yard and on the sides of which there were some establishments and boutiques and everything seemed to be already closed and several people at the same door gave me a hint. There was a security guard at the entrance and I saw a poster in a dark window.

Yes, it was JZ Club. I got ticket and went to where the Chinese pair slipped through the hallway. At the entrance it was dark and only a few lamps in the Art Deco style illuminated this mysterious aura. Inside sounded soft lounge music, and at the far end, on big stage were waited empty drums and piano. Microphones stood on stands. So I made it. To the left, under the wall, were empty tables for two with artificial candles burning. I headed to the bar, which stretched for the entire length of the left side of the club. It was lit by a glass case and mirrored bottles of famous drinks, duplicating them in their mirrors. The Chinese bartender was polite and i quickly got my order. Shake, of course. The story went on. From the bar stool I was comfortable to see the club again. The stage itself was adorned with dark red storms as in the well known David Lynch movie and its space was respectable. Descending from the hill of the stage was scattered a dozen romantic tables at which sat several music lovers. Behind them stood red-velvet booths with companies of young people. The height of the institution was impressive, two or maybe three floors up the free space hung by lighting fixtures directed to the stage and there on the opposite from me the walls under the very roof showed the arches of the windows, something like stained glass in the church that were almost invisible from the outside.

The musicians came out. They were ready to start. It was a concert of Chinese singer Jasmine Chen. Her red dress from the distance merged with the curtains behind and already seemed another lampshade that adorns this hall. Above her head shone the brand logo JZ Club and just behind she stayed double-bass player. On the left hand stood a trumpet player and a flutist, and behind them at large black piano the pianist had already raised his hands to begin a magical ritual called Jazz. The drummer on the right hand already set the tempo and the mechanism worked. Jasmine's soft and velvety singing enlivened the entire club. The music lay in warm layers of accompaniment and the lighting gave the whole action its magical essence. The singer actively mimicked and made hand movements as if telling her personal story to a friend sitting at the same table and drinking a shake. I remembered, I've seen this singer before and it seems it was in the movie 'Crazy Rich Asians'. That's right, in that romantic comedy, she sang at a party for the very rich. And now she was singing for me, for a simple guy who lives in a one-room apartment near the center of the Asian economic miracle. I drank my shake and remembered today's meeting with Mika, our first acquaintance. And I wanted her to be around now, for us to dance to the improvisation of autumn Shanghai jazz, and singer Jasmine in her songs reminded us once again that shakes happens different and Jazz is what allows us to connect the unconnected. I shook my phone and Mika sent me a smiley face in response.