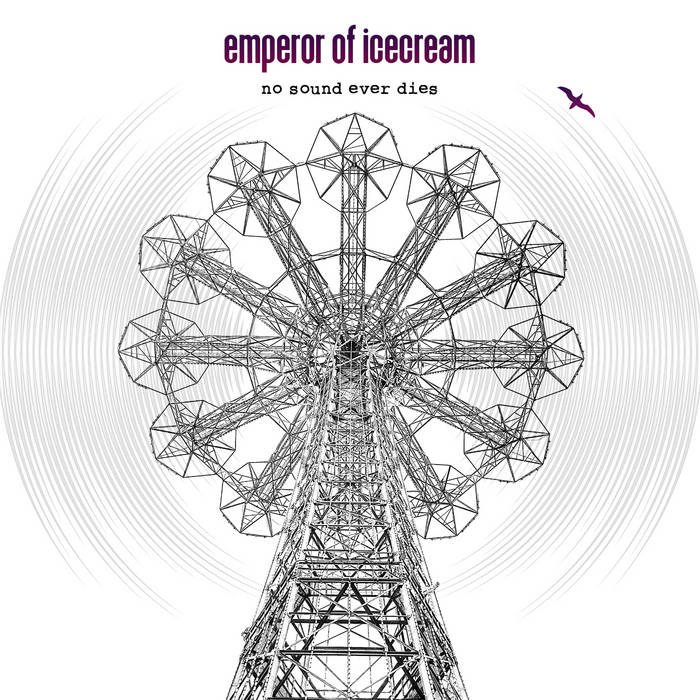 In 1922, the poem 'The Emperor of Ice-Cream' was written by Stevens and since then its modernism has continued to influence creative hearts. So later, in the early 90's in the Irish Cork City was formed a rock band of the same name 'Emperor of Ice Cream'.

They managed to release several EPs before britpop entered the minds of the world's youth. Last year, the musicians released their first full-length album 'No Sound Ever Dies'. Although, for sure, we don't know if the era of britpop would have started if this band's album had been released 25 years ago. That's when the recording started and everything went to the fact that the release was supposed to take place on Sony Music, but it didn't work out. By that time, the young band 'Emperor of Ice Cream' had already established itself by warming up several famous names from the alternative rock. Young, excited by the drive of their rock and roll, they came to London to record this masterpiece. But history has put everything in its place, and perhaps even such that the public was not ready for this sample of alternative art so the band had to complete this project only recently. It seems that the album 'The Sound Ever Dies' has met two musical epochs of the 90s - shoegaze and britpop. It's all so skillfully mixed that sometimes it's hard to attribute a particular composition to a particular style. John's sweet singing is definitely a feature of the band and its infusion into overloaded guitars, alternating with pure sound, carries the original beauty of the early alternative. Epic bass parts, together with the pulsating rhythms of django, create a canvas that provides space for vocal melody and guitar conservatism. Today, this album opens a new page in the work of the cult Irish band. 'Emperor of Ice Cream' has to show us that rock and roll is something that can stop time, move into the past or look into the future. Listen to the new album of the quartet from Cork below on Spotify.