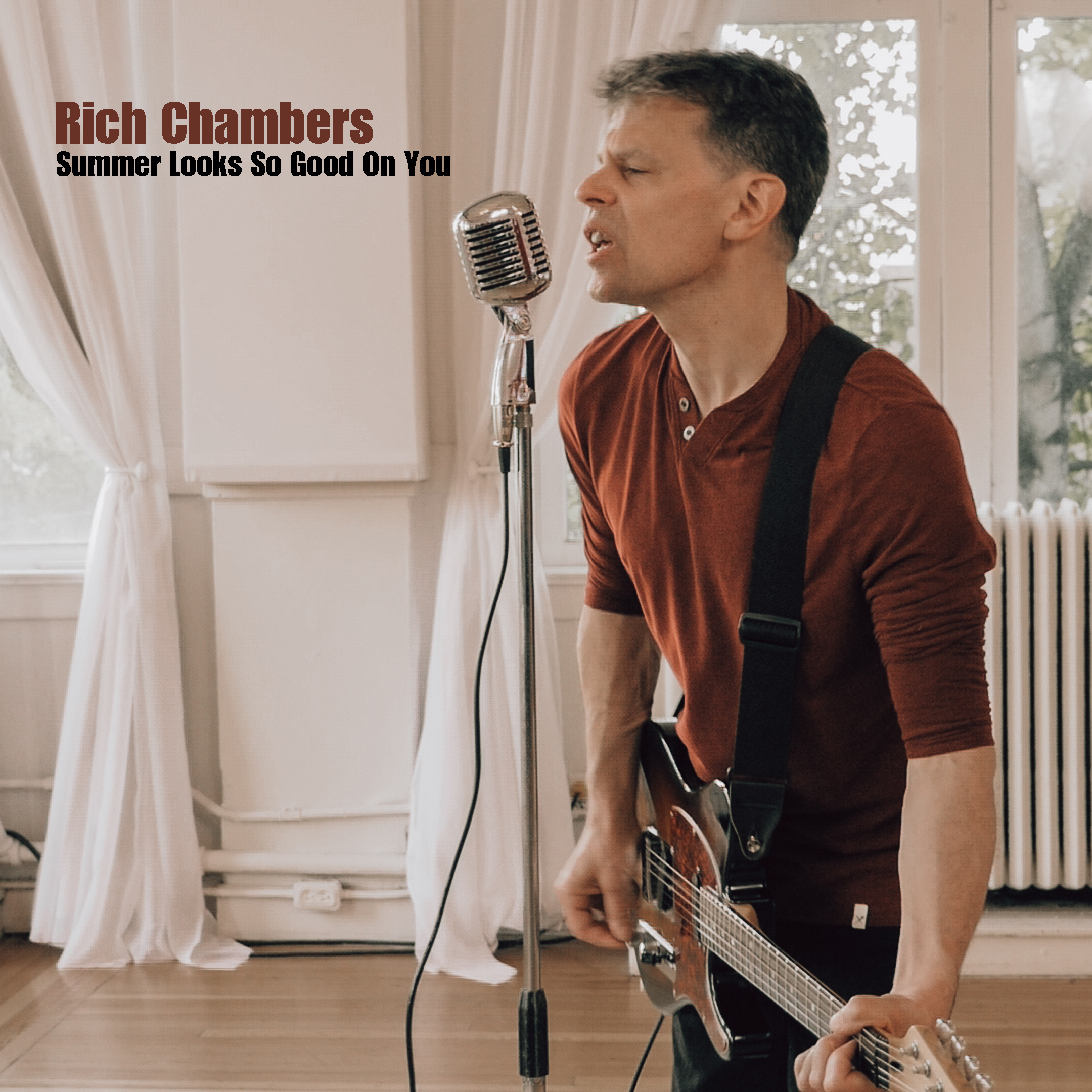 Rich Chambers from Vancouver, Canada rushed into active creative activity since the beginning of the time of lockdown and since then has never regretted the right path. He creates music based on the spirit of rock n roll and freedom that was inherent in the music of the 50's and 60's.

Living energy as a continuous stream of human thought and inspired music is what characterizes the work of singer and musician Rich Chambers. He has a simple to understand language that conveys complex things in simple words and accessible to all.

In his new single 'Summer Looks So Good On You', released on July 1, we hear the sincere joy of life, which fills the artist with thoughts of summer, the beach and a loved one nearby. Rich's energetic singing recreates that real mood of real life.

In the music video 'Summer Looks So Good On You' Rich accompanies himself on an electric guitar in an empty white hall.  In this way, he conveys the metaphor of the loneliness of artists without front of a live audience who in recent months have been forced to act indoors without the public. The film also gets a romantic video that conveys the direct spirit of the song. A loving couple rejoices in every moment spent together and the fun world around becomes a great background for their walk.

A good song got a good video work, so we recommend watching the music video 'Summer Looks So Good On You' from the sincere Rich Chambers below on YouTube.