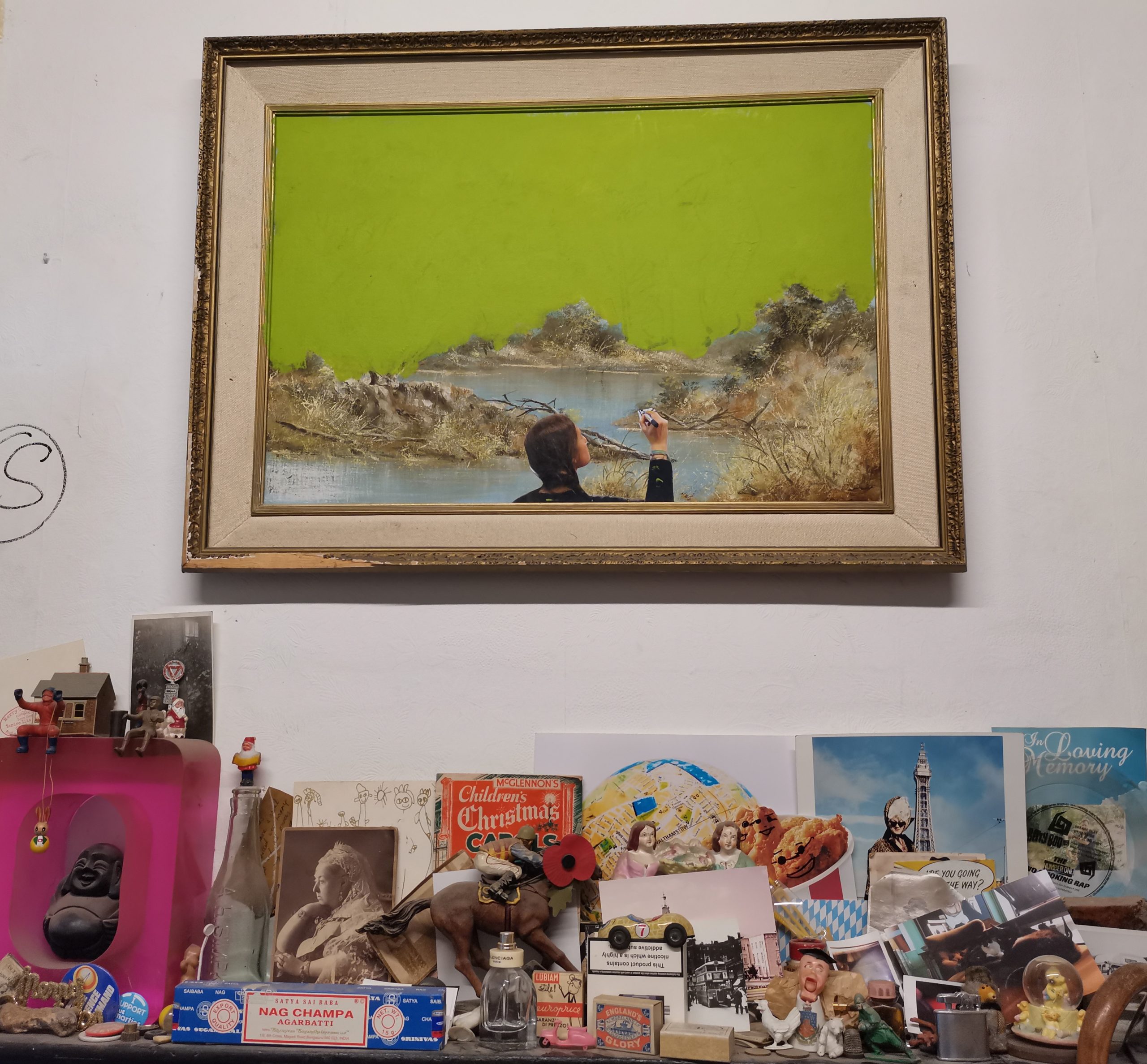 One November morning, I went to the antique shop 'LOT ONE TEN'. I loved taking a walk in autumn London after a snack at McDonald's and a large serving of black coffee. I felt in good spirits and even the gray rain could not interfere with my daily ritual, so Walthamstow greeted me with genuine indifference, as if inviting me to take a walk on the favorite street of the designer William Morris, whose mansion-museum was around the corner.

On my route, I looked around the charity shops, barber shops, small grocery stores and people who came in and out of it in a hurry on their business. Reaching a wooden sign announcing the dock for all seekers of antiquity and history, I as always ran across the inscription 'LOT ONE TEN' and turned to the massive door.

A bell rang announcing a new visitor and I found myself again in a world of strange and wonderful objects. All these items were from the past so mysterious vibrations enveloped my mood with a pleasant charm. I knew that in order to see the owner and the seller I would have to go around almost the whole small shop, so I always had a few minutes of enjoyment in the company of my old acquaintances that stood casually on tables and under tables, hung on the wall, hid under antique furniture and settled down in large wooden boxes piled up on my short way. Paintings from the last century looked at me with their stunning faded landscapes by local authors. The household items of the past and the toys of the Walthamstow Toy Factory, which 100 years ago provided children with items of their ideas and desires, excited my imagination. I looked again at the carved African statuette of an elf-like warrior, a collection of English playing cards, and a stack of maps smelling of antiquity and inviting people to roam the earth with the Royal Geographical Society. Chinese porcelain and cracked ceramic tiles from the Mauritanian shores were located in Victorian buffets, and pre-war books and other printed materials of the past could be seen on shelves and stools. Military artifacts and medical devices appeared here and there on my route and I sometimes stopped at them to present it in action. In this vague pile of objects, where everything had its own individual history, I wandered almost every day indulging in the captivating atmosphere of beauty, grotesqueness and abundance. Everything around me was immediately mixed up in my worldview and I plunged into the past as if on a time machine, because really, there was no time here.

"Hello, Frank, how are you?" I said as I entered his office. The owner sat motionless at his desk and smiled politely.

"Good weather," he said, and looked at me with a smile.

It was easy for us to communicate because our common love for history and art opened the door to rapprochement.

"I'd like to make a music video here," I continued. "In your store, the vibes is such that it leads to associations with Alfred Hitchcock movies!"

"Oh yes, I am trying." Frank smiled. "You know, I love music, but music should be appropriate!"

"Of course, I have such music!"

After that short conversation, almost two weeks passed when I first got into 'LOT ONE TEN' in the evening time. I was accompanied by my friend Paul, whom I met on the shooting of a comedy film where we played extras. Paul is an amateur photographer and video shooting was his first such experience. Professional cameras and expensive equipment were laid out throughout the store. The lights were turned off and the video projector was turned on. Seagulls of all kinds and colors, from the oceans and seas, flew along the walls of the antique shop. The song 'Seagulls' from the London band Viscula sounded. The instrumental track was organically absorbed into the walls filled with seagulls and the light panorama woven from kaleidoscopes and stained glass of flashing spotlights and shine of metal objects was transformed into one conceptual mass. People and objects were included in the footage. Frank and his wife even tried to play roles and Paul put on an electronic mask and walked slowly around the store depicting some strange character. Even I, your humble servant, was caught in a fleeting relentless shot and my acoustic guitar was obviously playing 'Seagulls'.

Now, after a while, I remember with a smile the filming and the musical story that happened in an old antique shop somewhere in Walthamstow, around the corner of which is a luxurious mansion of one of the famous English designers William Morris.